Thank you for your patience and interest with regards to the delayed return of basketball in our club. The club committee have been working in the background to finalise Covid19 guidelines for the safe return to training and to arrange training venues for all age groups in our club.

Plans were made to potentially restart training in early October and to get registration for existing up and running in the next few days.

However, with the current increase of Covid19 cases in our community, a decision has been made to delay this for a few more weeks. We understand that our members are eager to get back to training, but we need to prioritise the health and safety of everyone.

Hopefully, we can work together to reduce the transmission of the virus within our county and we can once again get back to our fun-filled basketball sessions.

The Sports Star Awards will take place this Friday 31st January in the Mount Errigal Hotel. We have three nominations from our club – Gerry Hannon (appreciation category) and the u14 and u16 girls (team category) It is a great achievement to get a nomination for the Sports Stars and we wish Gerry and the girls the very best of luck on Friday.

Gerry has been involved with Letterkenny Blaze Basketball since it was founded in 1999. Gerry has mentored and supported all of our younger referees and table officials both in Letterkenny Blaze and elsewhere.  His help and advice has been invaluable to them as they have developed in their role. As a referee, he has always been professional and fair. As well as sharing his wealth of knowledge with developing referees, he also helps and advises younger players and coaches in the rules of the game. His enthusiasm for the game of basketball always shines through  –  a true gentleman.

The U14 and U16 girls had a very successful 2018/19 season. Well done to the girls and the U14 coaches Lorna Reynolds, Rita Brady and Paula Irwin as well as the U16 coaches Lynda McGuinness and Jay McMenamin.

Here are a list of their many achievements from last year:

The second last weekend of October see’s U15 regional basketball regional teams converge on a central venue for both boys and girls to compete in the annual Basketball Ireland Post-Primary Schools (BIPPS) Tom Collins Inter-regional tournament. This year, as for the past number of years, the venue was UL Arena on Irelands Sports Campus in the University of Limerick (UL) over the weekend of 18th to 20th October.

The North West BIPPS region covers schools from counties Donegal, Sligo, Leitrim & Mayo. Preparations for this year’s tournament started back in May with a number of trials being held and continuing throughout the summer months with practice sessions and challenge games held between Sligo & Donegal Town as well as a trip to Galway to play the West team. The final squad was selected at the beginning of August and practice intensified.

Friday the 18th was a day off for the North West boys so a light session was held in UL Arena. With an early start to the day on Saturday our first opponents was the team from the South, who have been strong opposition over the years. The North West boys got off to an explosive start in the first quarter and took an early lead and maintained the intensity to the end going in at the end of Q1 nine points the better.

Q2 saw a determined South side fighting back clocking up 14 points against the North West on 8 points. The second half went the way of the North West with execution of their playbook to perfection and accurate shooting. Unlike the South boys the North West showed great discipline in defense and managed to keep out of foul trouble. The game finished up the North West taking the spoils coming out on top 42 points to 35 and claiming their first pool games win.

Game two was to be more challenging taking on the highly favoured West team- winners of last year’s tournament and went on to win this year’s Tom Collins Cup. Both teams started strong and Q1 was nip and tuck with only 4 points separating them to the benefit of the West. Q2 was a slightly different story for the North West. An explosive performance from Tony Exeonu from the West punished missed shots from the North West and his speed and accuracy at the other end damaged the close score-line at the end of the first. The North West suffered from some minor injuries whish saw changes being made to the set-up. Half time saw the West increase the lead to 9, 28 to 19.

The second half went all the way for the Westerners with pinpoint accuracy in the front court as well as very strong defensive performances. The injury woes also continued for the North West and the rotation of players due to this didn’t help the team’s momentum. The West emerged victors 52 points to 32.

Our third and last pool game was a crucial game and was a must win in order to reach the semi final of the cup. Opposition for this was the team from the South East. The game got off to a slow and shaky start for the North West boys requiring an early time-out. Back to the court the boys regained their composure and went in 4 points up.

Q 2 saw the North West increase their lead to eight points by the end, helped with some fine shooting from Walshe clocking up 8 points himself. Strong defence on the other side added crucially to this and the fast break worked a dream. The second half saw this momentum continue and the lead increased, helped with effective linkup between Walshe and Smith in the front court and very impressive defence play from Martin, Graham and Quinn. The North West came out of battle and their second pool game win and booked a place in the cup semi-final on a score-line of 52 to 37.

Sunday morning saw us go into battle in the semi-final against the team from the East. The East had impressive wins in their pool games having come out as top of their pool wining all three games. The first half got off to a slow start for the North West with the East pulling away early knocking up 8 points without reply and the team started clocking up team fouls early. Not helped by loosing Prenderville early in Q1 from injury and another from reaching five fouls.

Q2 continued as the first and a lack of accuracy going to the hoop and lack of offensive rebounds started to hurt the North West. Half time saw the East up by 12, 39 to 27.

Q3 did not go well for the North West and they fell flat in what was a very fast and intense quarter only managing to increase their score by 6 points while the East picked up another 15.

Q4 saw a surge from the boys from the North West managing to contain the East in their front court to 10 points and increasing their count by 14. In the end the East proved too strong and emerged to go into the final against the West on a score of 65 to 47, and the North West having to settle for the bronze medal out of all eight regions in the country. An impressive achievement for this team of 15 young men, and the highest finish for a team from the North West for a number of years.

Letterkenny Blaze Basketball Club are delighted to announce that we are joining forces with Letterkenny parkrun on Saturday 5th October at 9.30am in Letterkenny Townpark.  We have chosen this date to coincide with celebrating “Parents in Sport Week 2019”. We want to acknowledge the contribution parents and guardians make to their child’s enjoyment of sport and physical activity. What better way to do this than for everyone to participate in our local parkrun!

This event is free of charge and is a great way to get to know fellow Blaze members both young and not so young! All that you have to do is register free of charge on https://www.parkrun.ie/register/ , print your individual barcode and bring it with you on the day. It is important to emphasise that the parkrun is as much about walking as it is about running so please we ask that as many people come out, celebrate the invaluable role parents play in sport and to participate in our local parkrun.

Thank you to the Letterkenny parkrun team who have given Letterkenny Blaze this opportunity to gather together as a Blaze family. We ask that any child under 14 years of age is accompanied by an adult for the event. We hope to see as many families as possible in their Blaze colours. Please join us after, for a cuppa in The Vestry. All walking, running and tea drinking should be finished up by 11.30am. We look forward to seeing all our Blaze families, coaches and players in their blaze colours walking, jogging or running on Saturday 5th October.

Well done to the u18 girls and their coaches Ian and Teresa on their participation in the pre season tournament in Killester, Dublin. The girls had a great win in their first game against Liffey Celtics. They had narrow defeats in their next two games against DCU and Portlaoise Panthers. The girls showed great teamwork and skills in their first run out of the season. We look forward to seeing what is in store for them in the upcoming season. The day proved very enjoyable for supporters and players. We would like to extend our sincere gratitude to Killester Basketball Club for their hospitality and for hosting this tournament for such a great cause. Maith sibh uilig.

Training has not yet commenced due to ongoing works at the Loreto Gym. Some of the older groups will have been contacted by their coaches. It is hoped that we will commence mid September. Keep an eye on here and also on social media platforms, Facebook, Twitter and Instagram. Training slots are being organised and will be communicated also.

We are running a Green Shoots programme again this year for the Under 10’s age group. The programme will be facilitated by Coach Laura Deeney BI Approved Coach. It will run for 5 weeks commencing Wednesday 1st May from 6.00pm – 7.30pm at a cost of €45 and includes a Kappa Playing Kit worth €25. For further information email Aileen at mail.blazebasketball@gmail.com

Annual Awards Night will be held in the Silver Tassie Hotel on Sunday, 5th May 2019. Tickets will be available in the throughout April.

Thanks to our sponsors! 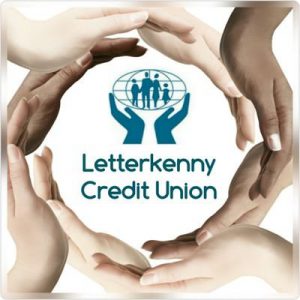